In Minnesota the automobile continues to be the primary way that people travel, though there are signs that more and more people are utilizing other options. MnDOT estimates vehicle miles traveled (VMT) in the state as a way to gauge how much people are driving. Since the early 2000s VMT has been relatively stagnant on the whole (due to population growth), and has dropped on a per-capita basis, especially in the Twin Cities metropolitan area. The Great Recession accounted for some decline in VMT, but surprisingly, economic expansion in the last two years has not resulted in an increase in VMT. Figures 1 and 2 show the total VMT in Minnesota and the per-capita VMT going back to 1992. 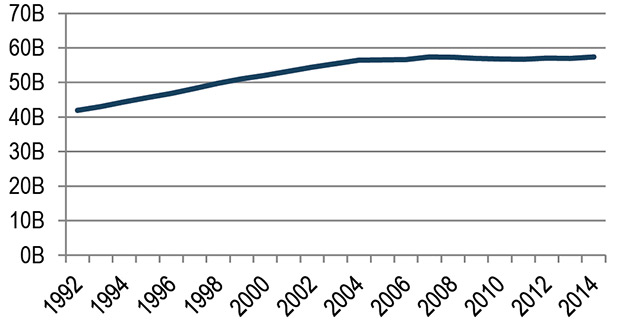 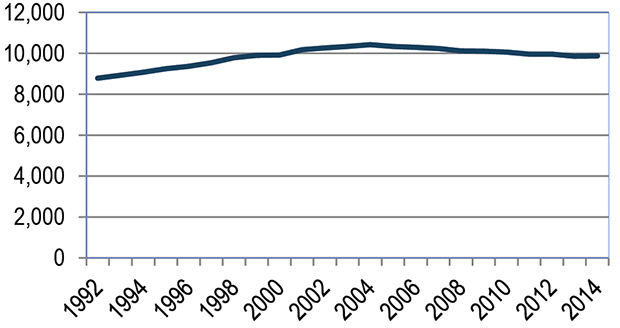 In 2009 the average number of cars owned by each household in the United States dropped below two for the first time in ten years.1 This may be due in part to changing household compositions, especially in instances of single-parent families. 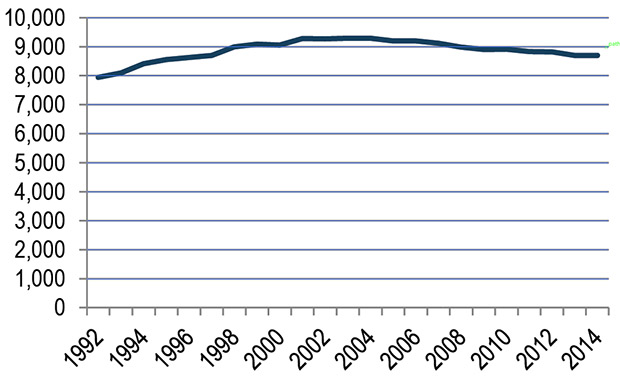 Transit ridership has increased by roughly 24 million rides per year in the Twin Cities since 2003 (Figure 4).2 Ridership in the Twin Cities has been buoyed by the opening of the Metro Green Line, which carried over 6 million passengers during the seven months of 2014 that it was in operation.

Minneapolis-Saint Paul International Airport has seen steady growth in the number of passengers served since 2010, as is shown in Figure 5.4 MSP is the 16th busiest airport in the United States, unchanged from its rank in 2010. 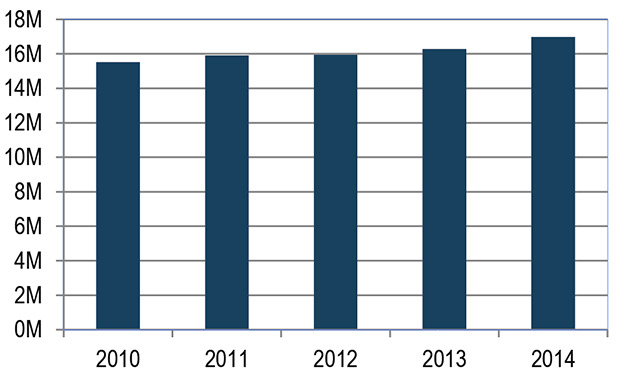 It is difficult to find consistent data about transportation behavior trends in rural Minnesota due to complications in defining the difference between urban and rural areas. Additionally, the lack of institutionalized data collection like there is in the Twin Cities through the Metropolitan Council’s Travel Behavior Inventory adds further complication, especially at such a vast geographic scale.

Rural areas in Minnesota have similar driving trends to those observed in statewide statistics above, including a decline in overall VMT. 2014 saw a slight uptick in per-capita VMT for Greater Minnesota (Figure 6), suggesting that persistent declines since 2008 may be reversing. 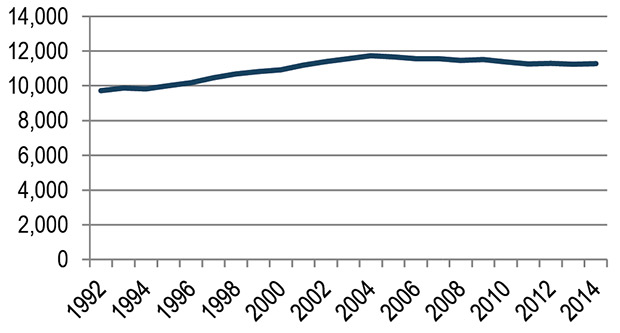 Transit use in Greater Minnesota has increased significantly during the last decade, as is shown in Figure 7.5 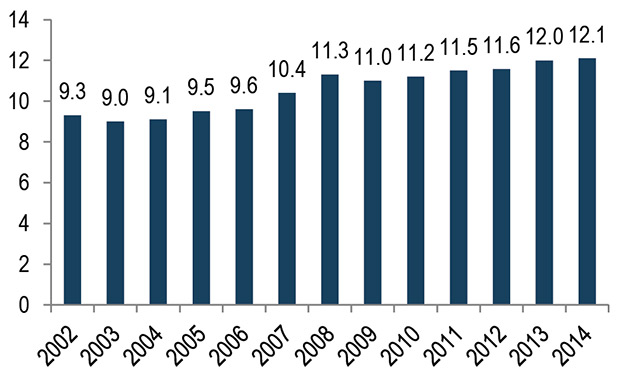 Two percent of Greater Minnesota residents ride their bike every day, while 14% ride at least once a week.6 When combined, these two categories are only 5% less than the same categorical responses in the Twin Cities. Little additional data on bicycle ridership or rates of walking exists for Greater Minnesota. However, this is likely to change as an ongoing collaborative research project between MnDOT and the University of Minnesota recently deployed counters for bicycle and pedestrian counting.

Generally speaking, air travel is growing throughout the state. Figure 8 shows how the number of passengers traveling to and from Greater Minnesota’s airports has changed since 2010.7 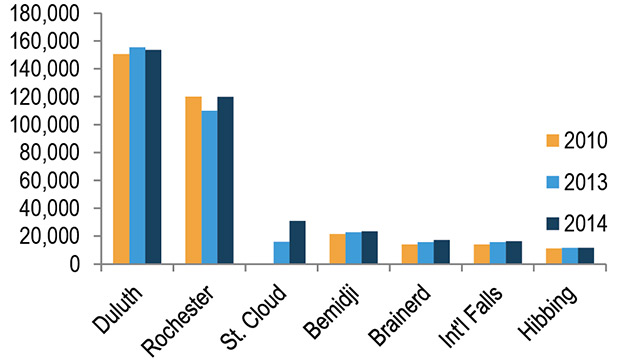 Mobility as a Service